There are myriad fallacies about fitness floating around out there, but one of the most prevalent is that squats are bad for your knees. There are plenty of exercises that have been shown to be very damaging to knees, jumping and running and explosive movments for example, but the full squat exercise is not.

Full squats engage both the hamstrings and the glutes, allowing for “normal” activation of the quadriceps muscles. Squats maintain a very stable knee and result in greater knee strength than any other exercise. What many people misunderstand is the important role the hamstring plays in stabilizing the knee. Both the hamstring and the glute are increasingly active as the squat gets deeper. By doing partial squats (the kind most people do when they think they’re doing squats), we over-emphasize the use of the quadriceps, under-stimulate the hamstring and glute, and create knee problems. This is especially problematic for individuals who do partial squats to “protect” their knees. 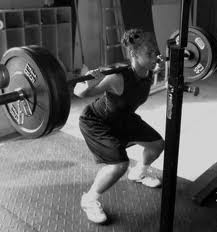 Because the partial squat does not fully stretch the hamstring, most of the force in the movement is generated across the kneecap, producing an anterior shear on the knee without the balancing force of the hamstrings pulling in the opposite direction. Repeated movements in this limited range can cause severe tendinitis, which most sufferers blame on “squats.”

Any squat where the hip does not drop below the level of the knee, or where the femurs reach less than parallel to the floor, can compromise knee health. For this reason it is imperative that athletes develop full range of motion before adding weight to the exercise. For most people, this means slowly working their way (usually over the course of several weeks or months) down through the full range of a bodyweight-only squat. For a person with weaker legs, we’ll even unload them a little with elastic bands or by having the athlete hold onto a post or rope to assist the move.

Often, it’s an issue of hip or ankle mobility that keeps a person from being able to squat. Both of these issues can be addressed by using assisted squat techniques or by doing a face-the-wall squat. The key is to build strength and range of motion as one learns the movement.

Many exercisers avoid lifts such as the squat or deadlift, and instead rely heavily on strength machines to get their leg work done. Although a select few of the hip sled and leg press devices are fine to train on, there area a couple you should really look out for.

The first is the leg-extension machine. The movement, where one sits down and pushes a weight away from the body using the front of the shins, is riddled with problems. Physiologists refer to movements such as this, where the foot isn’t in contact with anything, yet the muscles are being loaded, as an open kinetic chain. This is dangerous to both the hip and knee joints because they are “unloaded” or unnaturally loaded through the range of motion. The second major problem is that most of us already have over-strong quadriceps. This machine loads the quads like crazy and totally neglects the other muscles of the leg causing even more imbalance. Add to this a shear force on the tibia, a situation referred to as tibia translation, which has to be controlled by the ACL.  Third, science has shown that the movement of the knee extension teaches the muscles different “firing patterns,” the way the muscles coordinate a move, than we naturally do in real-life. This creates the possibility that you’d make your legs weaker for squatting and stepping up by doing this exercise. Bummer, eh?

A second big no-no is the “Smith” machine. This is usually a plate-loaded bar that slides up and down along a vertical frame. Designed with the intention of making squatting safer, these have been shown to do just the opposite. Because they don’t allow for the natural movement of the body, Smith machines force many exercisers into unnatural positions as they squat down. In many cases this position is one consisting of a more upright posture and less flexion in the knee. This position not only compromises the knee, but the low back, as well.

Naturally, squats are contraindicated for certain exercisers. These people include those with severe arthritis, severe osteoporosis, or those with connective tissue disorders. There is no data that contraindicates the movement for older athletes or for very young athletes, either. 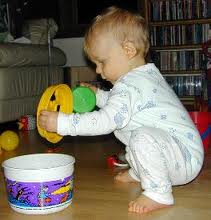 If you’re just starting squatting, start easy. Do one or two sets of about five squats. Start with body weight or an assisted movement, and slowly add a few reps each workout over the next several weeks. Usually, when someone is fit enough to do three sets of 20 squats with just body weight, we’ll start adding resistance to the movement. By patient progression and being strict with form, we see our athletes’ knees stay healthy and their leg strength and flexibility really improve.